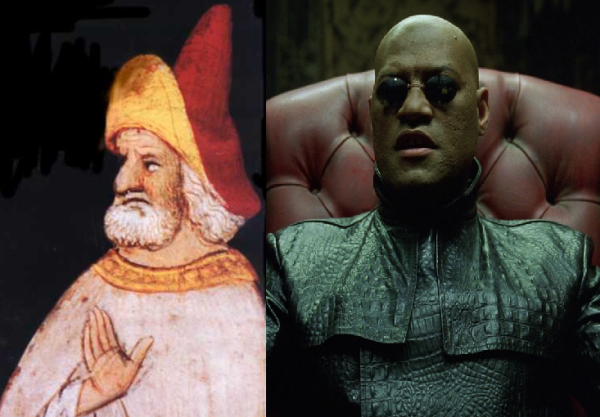 Hasan al-Sabbah, the Lord of Alamut, and Morpheus from The Matrix

Last week I finally finished reading Valdimir Bartol’s and Slovenia’s most well-known literary work: the novel of Alamut. As I mentioned in my previous post, the novel is based on the historical legend of the Assassins: the radical Muslim sect that terrorized in the 12th and 13th centuries the Crusaders and local Muslims rulers in Iran and Syria with their assassinating daggers. According to the legend, Hasan al-Sabbah—the sect’s founder, ideologue, and military commander—used hashish to trick his would-be assassins to believe that he held the keys to Paradise, which transformed them into blind followers willing to embrace death instantly and unconditionally. The novel, however, is not limited to themes of murder, sexual lust, and religious manipulation. It is also an intellectual work that delves deeply into human beings’ conflicting quests for faith and doubt; for meaning and knowledge; for power and morality. Bartol draws on his knowledge of various currents of thought ranging from the philosophies of ancient Greece, through Nietzsche and Freud, to totalitarianism.

END_OF_DOCUMENT_TOKEN_TO_BE_REPLACED

An artist’s impression of Alamut for the movie “Prince of Persia, Sands of time” (credit: François Baranger)

When I started this blog, I didn’t mean to write exclusively about God, Nietzsche and the relationship between religion and reason. However, somehow this topic is coming again and again to me even when I don’t mean to approach it. Currently I’m reading the most popular work of modern Slovenian literature (according to Wikipedia): Vladimir Bartol’s novel Alamut. The novel is based on the orientalist legend of the Assassins; a radical Muslim sect that terrorized with their assassinations the Crusaders and local Muslim rulers in many parts of the Middle East throughout the 12th and 13th centuries.

The Assassins is the name given by Crusaders and some European travelers to the Nizari Ismaili sect, whose followers controlled a network of strongly fortified citadels and fortresses in Syria and Iran. They did not have an army in the proper sense of the word due to their small numbers and dispersion, but they trained special units of assassins, who could assassinate any king, prince, or military commander that dared to attack them or challenge their power. You may now intuitively think it’s no wonder they acquired the name Assassins; it is simply because they assassinated many people. The truth, however, is the other way around: The word assassinate in English and its etymological equivalents in other European languages are actually derived from their name, which is in turn derived from the Arabic word hashashin (“hashish users”). Their Muslim neighbors probably used the name only abusively meaning something like “bandits” or “pariahs” without accusing them seriously of adopting the practice of taking hashish. However, with the orientalist fantasies of European travelers the term became the source of an infamous legend of sexual lust, religious murder, and deception.

END_OF_DOCUMENT_TOKEN_TO_BE_REPLACED 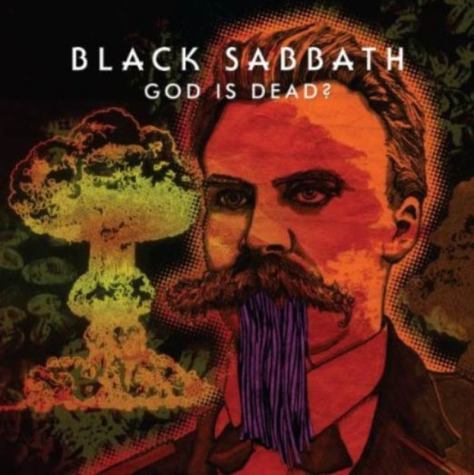 The cover for Black Sabbath’s single: God is Dead?

My previous post in this blog, Behind the Western Horizon, was perhaps very emotional and cathartic. It might have been the stress that I came under during preceding two weeks, when I often spent more than 12 hours each day in my office—staying sometimes past midnight—researching when, why, and how people choose to believe or disbelieve. So in a moment of personal fragility, I wrote down whatever thoughts and questions were “moshing” inside the walls of my exhausted head.

Today I noticed that these thoughts, interestingly, resonate with the lyrics of a song from Black Sabbath’s latest album 13, which I have been listening to very often—almost daily—during the past month. When I wrote my previous post, I wasn’t particularly thinking of that song, which is for me very aptly titled God is Dead? (note the question mark!) But it seems that metal music, as usual, speaks for me—at least with respect to religious themes—even when I don’t try consciously to relate my own thoughts about religion to it. This time, however, I will try to use the lyrics of this song to talk about some issues related to religion and belief.