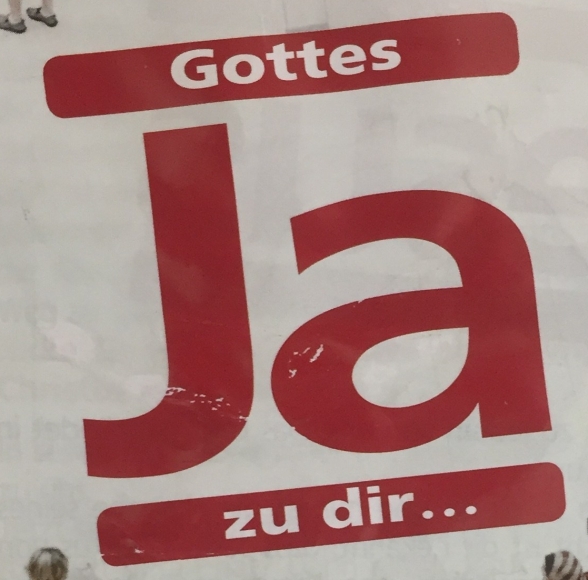 For some reason, I find religious leaflets interesting. Previously in this blog, I wrote a post comparing two brochures that I had picked up in a church in Stockholm, Sweden. Perhaps it is this overlap between religion and marketing, between what is supposed to be sacred and what is supposed to be profane, that fascinates me about them. In this post, I will revisit this topic, but instead of comparing two religious brochures, this time I am going to compare a religious flyer with an atheist/secularist brochure.

The religious flyer was handed to me last June by an old man in the Swiss city of Bern (fun fact that not many people know: it is the capital of Switzerland!). It says, in German, “God’s YES to you…”. The organization behind the flyer, Society for Biblical Propagation in Bern, states no confessional affiliation in its website. It claims it is neither recruiting converts nor seeking donations but merely spreading biblical message.